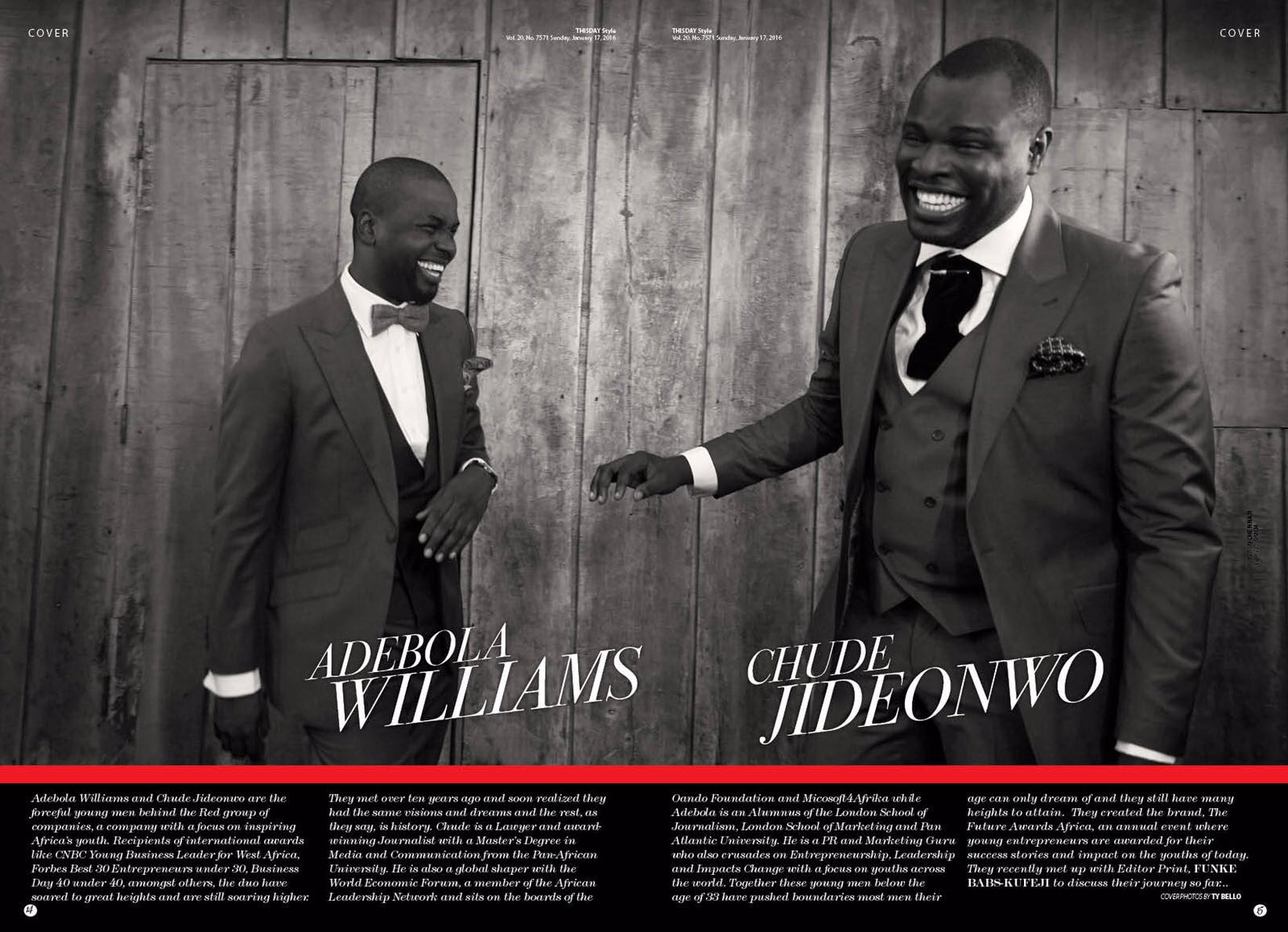 Take a bow, Chude and Debola

Today, Ghana inaugurates a new President in the person of Nana Akufo-Addo.

He is a 72 year old four time Presidential contestant that dislodged the sitting President, John Mahama, that rose to power by running for reelection after assuming the Presidency, due to the death of a previous President.

Quite a number of people are aware of the eerie similarity between the rise of Buhari and Akufo-Addo. But there is a part of the puzzle missing. The role of a company, StateCraftInc, a young communications outfit run by Chude Jideonwu and Adebola Williams of Red Media Africa and The Future Africa Awards fame.

StateCraftInc played a critical role in the successful packaging and selling of both Presidents to their electorates. As at December 2014 when Buhari no get one single level, they were able to take up the herculean task of getting the public to accept a man they rejected 3 times before. I know, I had a very vantage view in the movie.

What has impressed me the most is that while most usual one trick ponies would have used that opportunity to die on top the matter (especially dealing with Buhari who has forgotten why and how he became successful where he failed before), looking for a way take up anything in the Buhari government, they moved on, TO ANOTHER COUNTRY! and showed their hand again. Taking a man consistently rejected to the the seat of the Ghanaian Presidency.

They are definitely the most influential under 40s in West African, if not African Politics!

Congratulations to Chude and Debola! The big doers and dreamers of my generation!